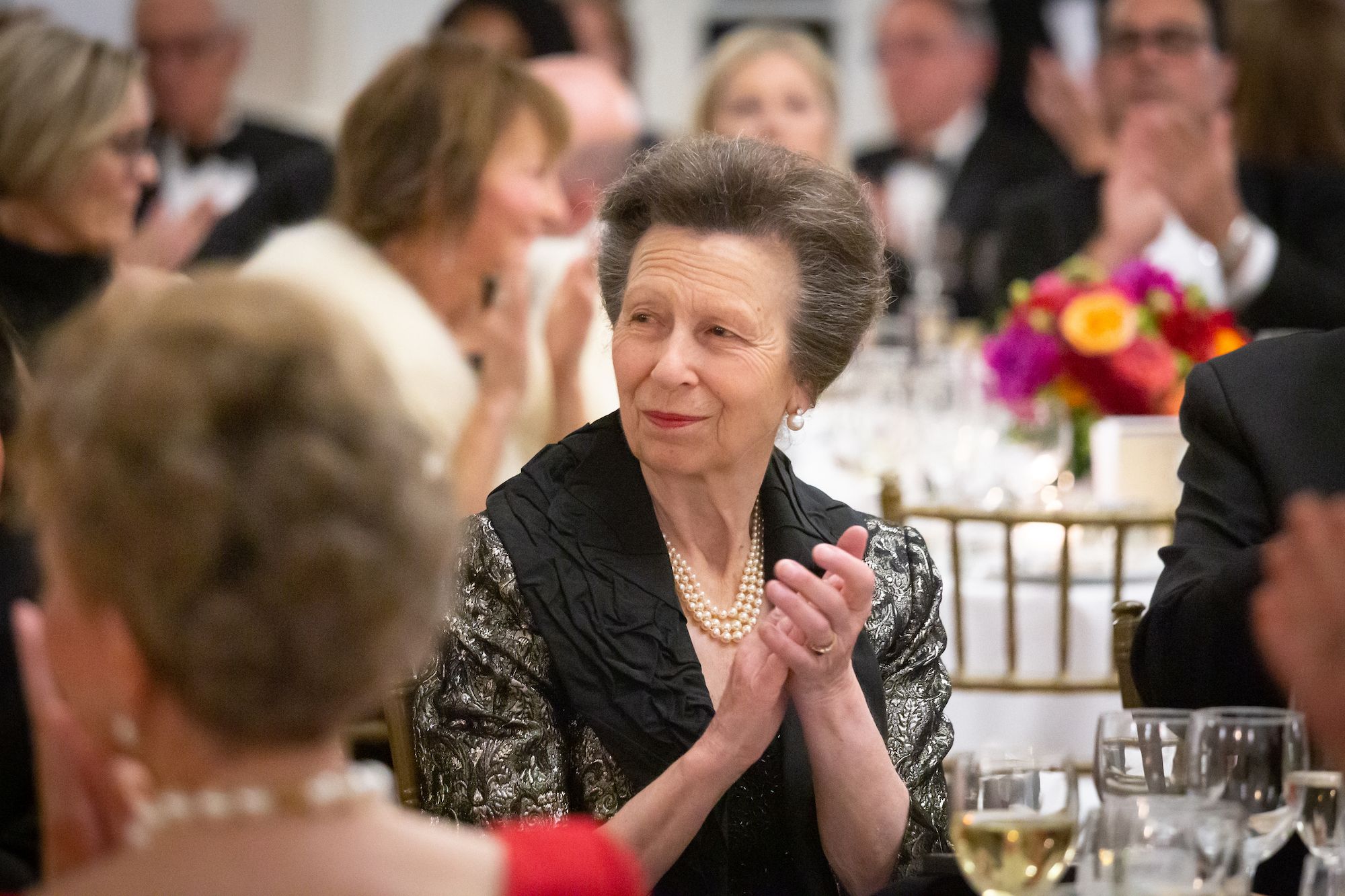 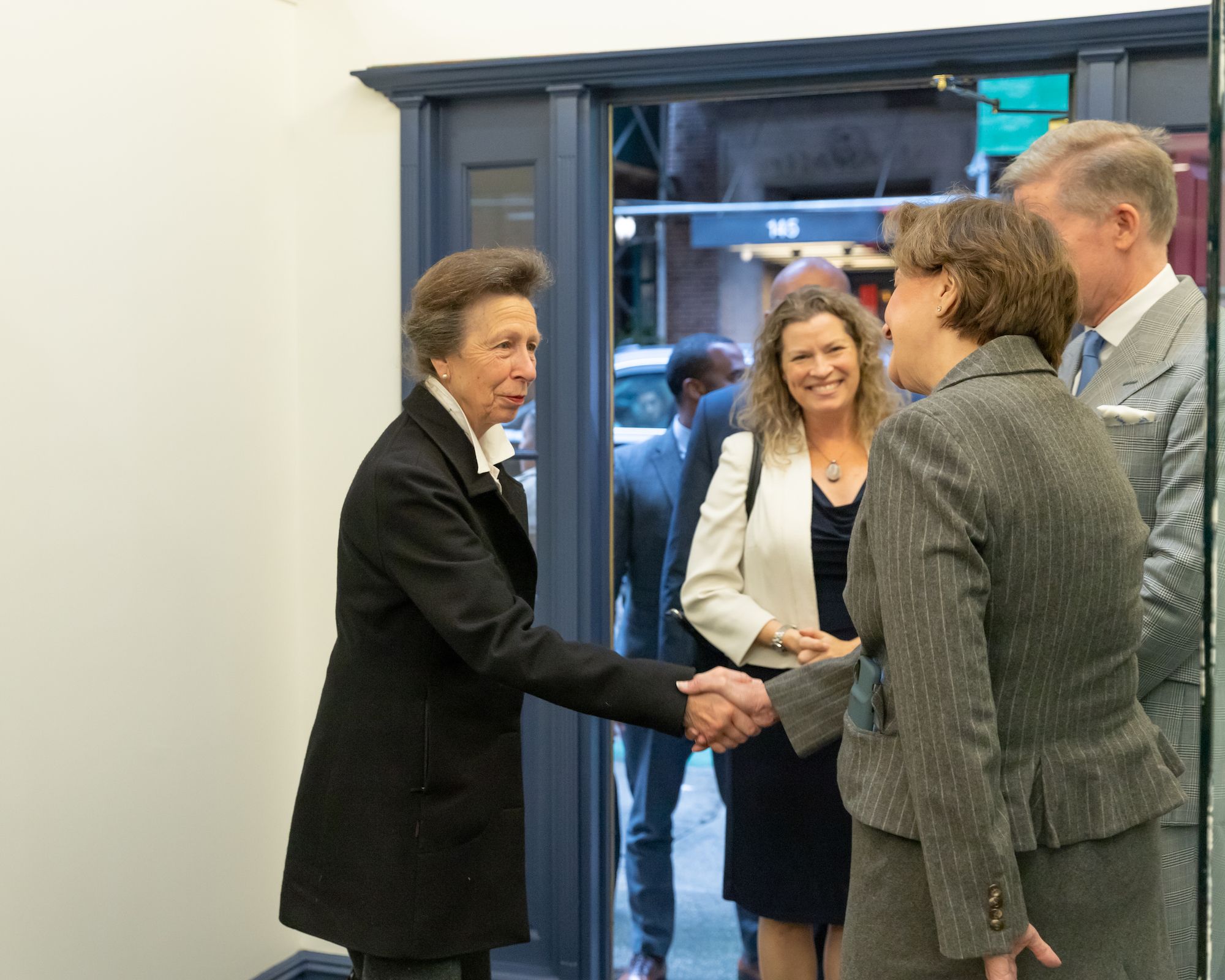 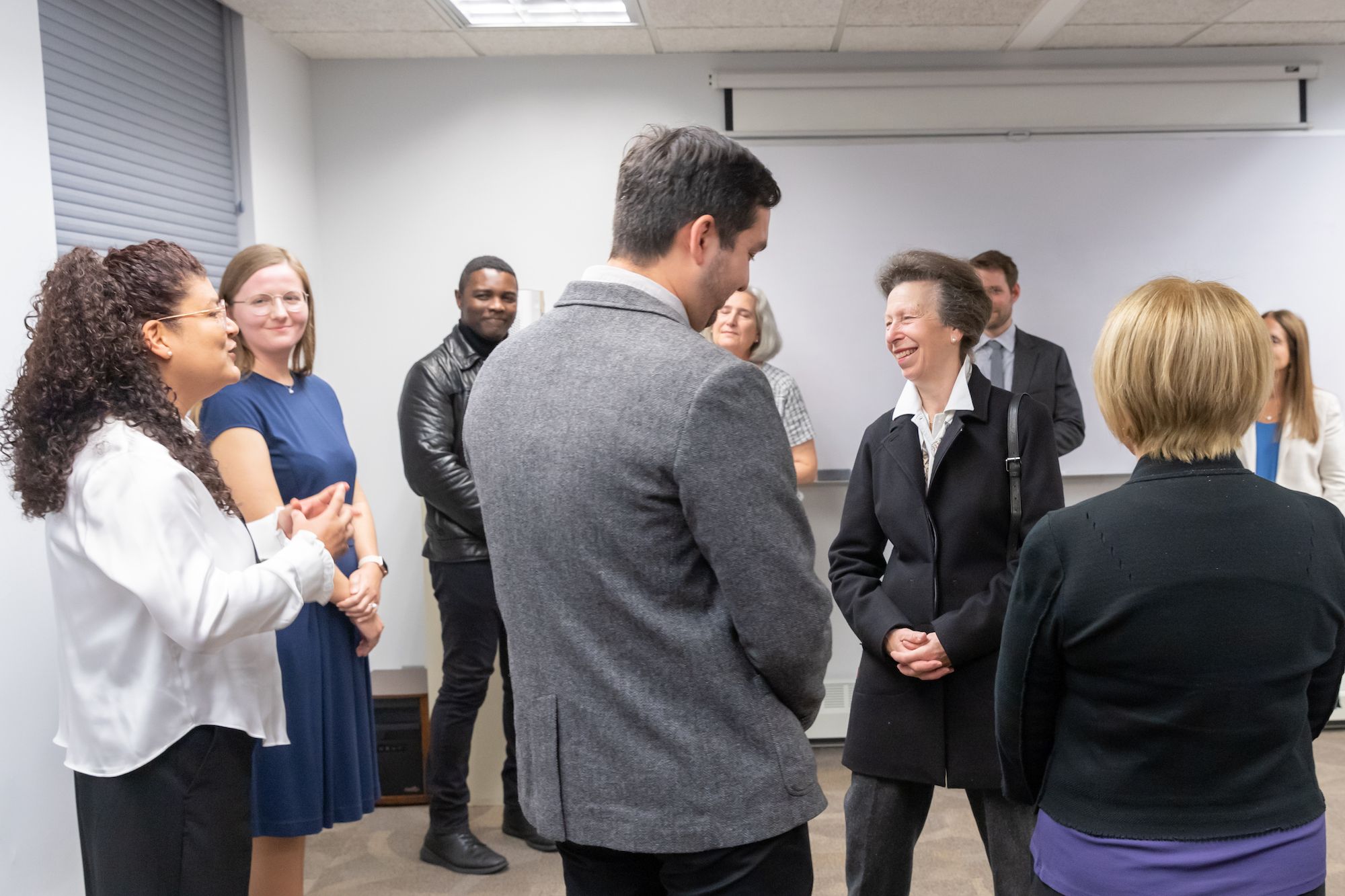 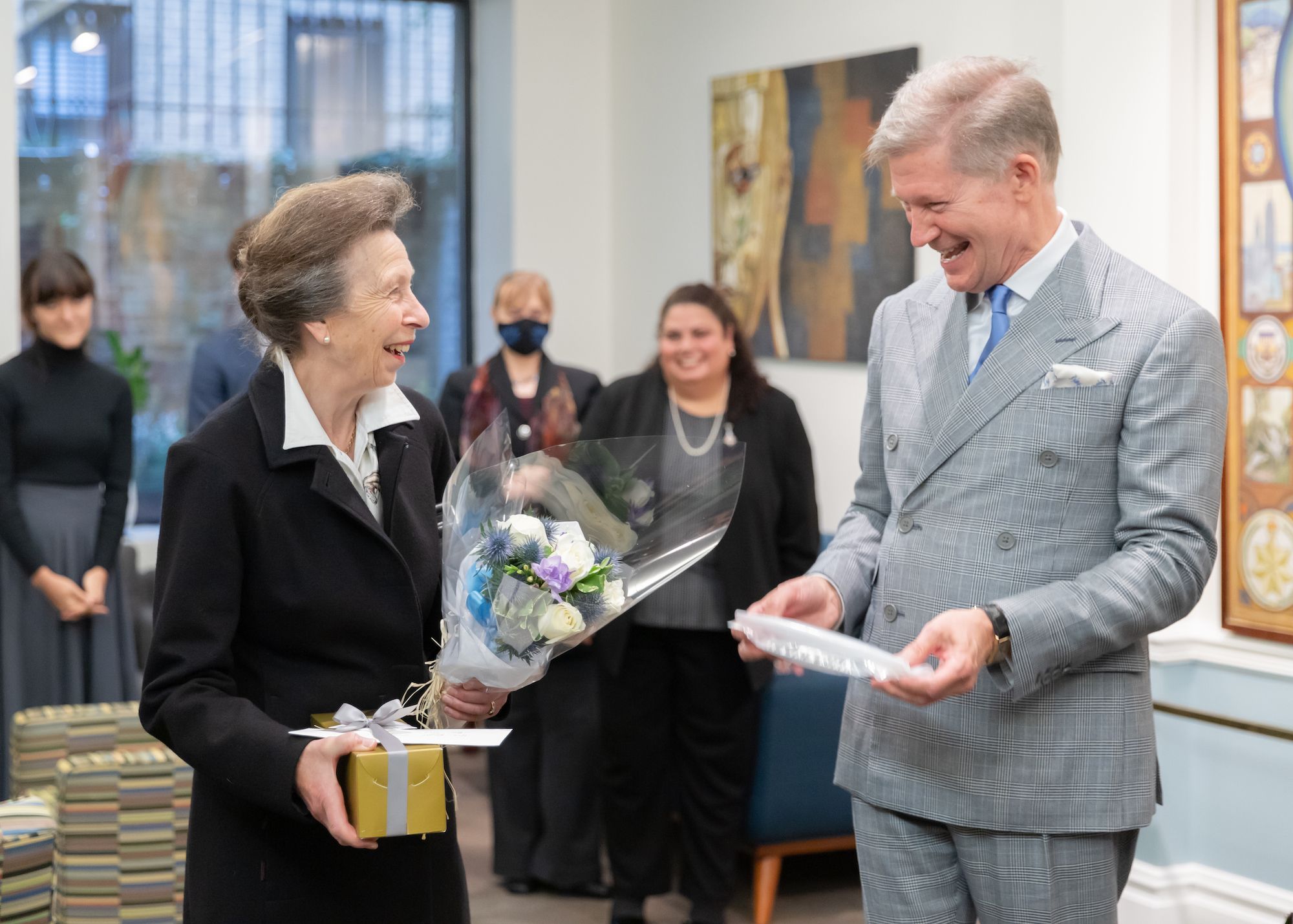 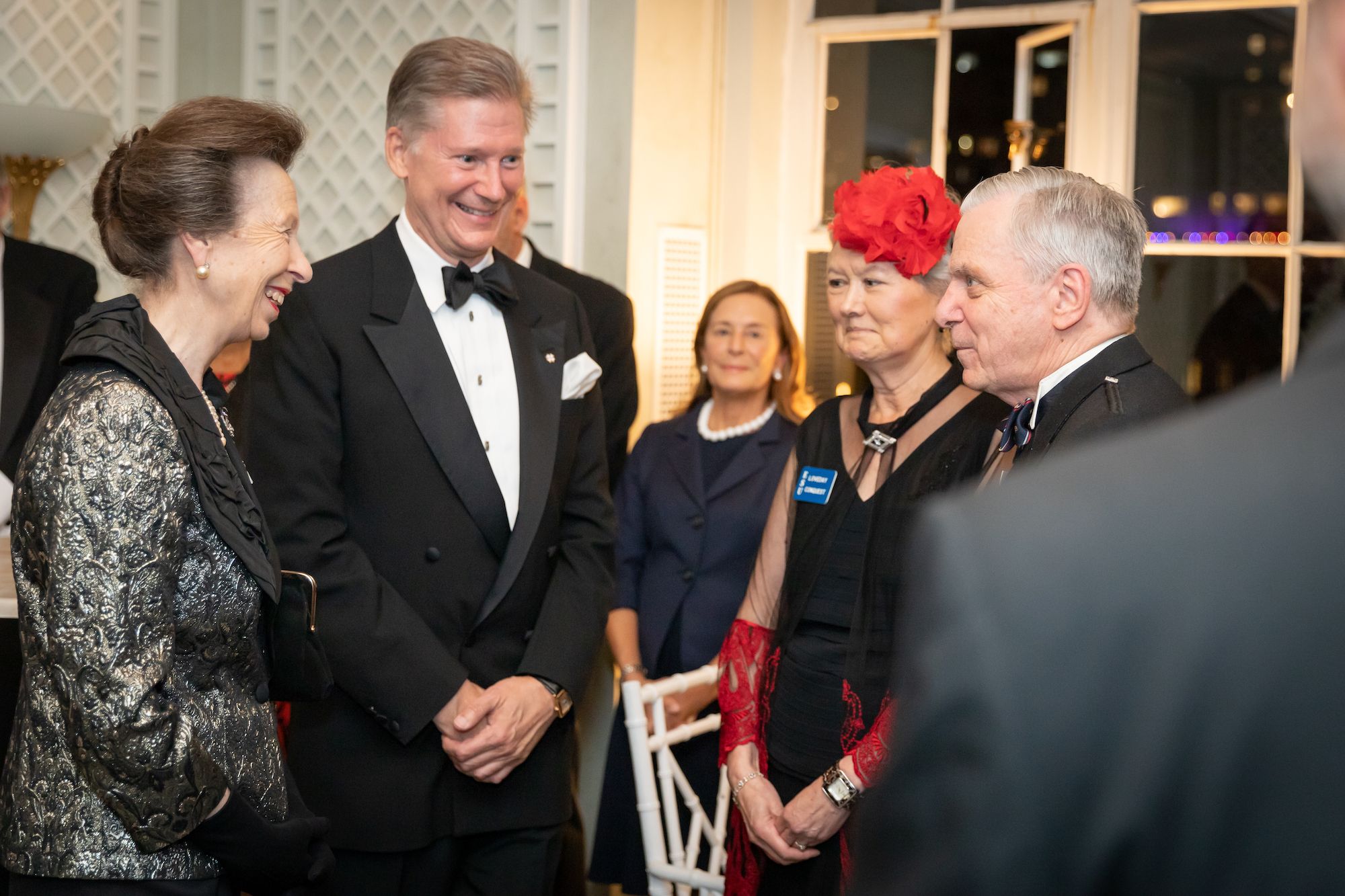 Her Royal Highness' visit commenced at the ESU's headquarters in Manhattan, where she was greeted by staff and constituents brought together from across the globe. Princess Anne toured the ESU's building, lovingly referred to as the ESU House, and met with beneficiaries of its numerous public programs. Three students from ESU's Andrew Romay New Immigrant Center (ARNIC), Dieudonné Ndje Bayi Seh of Cameroon, Niurka Meléndez-Vázquez of Venezuela, and Maria Pyaterneva of Russia, engaged in a conversation with the Princess about the impact of ESU's programs on their newfound lives in New York City.

Additionally, she spoke with school teachers, such as Valentin Dumitrascu of the Marvelwood School of Kent Connecticut, who are recent recipients of the ESU's TLab scholarship (Teachers Learning Abroad) - a summer program that sends teachers from around the country to study at the University of Oxford, the University of Edinburgh, and Shakespeare's Globe. She also met with the 2022 winner of the National Shakespeare Competition, Sasha Fedderly of Lycée Francais de New York High School, and was presented with a beautiful nosegay by our youngest program beneficiary, Middle School Debate student Cole Corper, 2021-2022 member of the ESU New York Debate League's Championship Team from the Dalton School.

More on Rezul News
The evening's gala program at the Cosmopolitan Club celebrated voices from across the organization who have dedicated themselves to the advancement of the cause.The Princess Royal acknowledged the inaugural 2020 Princess Royal Award Honorees and bestowed the 2022 Princess Royal Awards upon Dr. Loveday Conquest, Mrs. Natalie Pray, and Dr. Julia Churchill Van de Water, for their numerous contributions to the English-Speaking Union in its wider global setting. Additionally, the audience enjoyed a performance of Shakespeare by the 2020 National Shakespeare Competition People's Choice Award recipient, Max Mester, and a piano concert of Single Petal of A Rose from The Queen's Suite by Duke Ellington, performed by ESU Chairman Dr. E. Quinn Peeper.

Impressed by the numerous people who dedicate their time to the organization, Princess Anne noted in her address that "all of these things are done by people who have just taken a little extra time and interest to make somebody else's life work better." Indeed, the Princess Royal's visit to the English-Speaking Union of the United States was a marked celebration of the organization's century worth of commitment to fostering global understanding and goodwill by providing educational and cultural programs for students, educators, English language learners, new immigrants, and members.

Founded in 1920, the English-Speaking Union of the United States is a national membership organization with more than 4,000 members organized in 65 Branches across the country. ESU members and volunteers are the pillars of our educational and cultural programs as they work in their local communities to carry the ESU mission forward.