EUHC4CA Poll: Majority Of Americans Choose To Keep Their Doctors Over Private Insurance 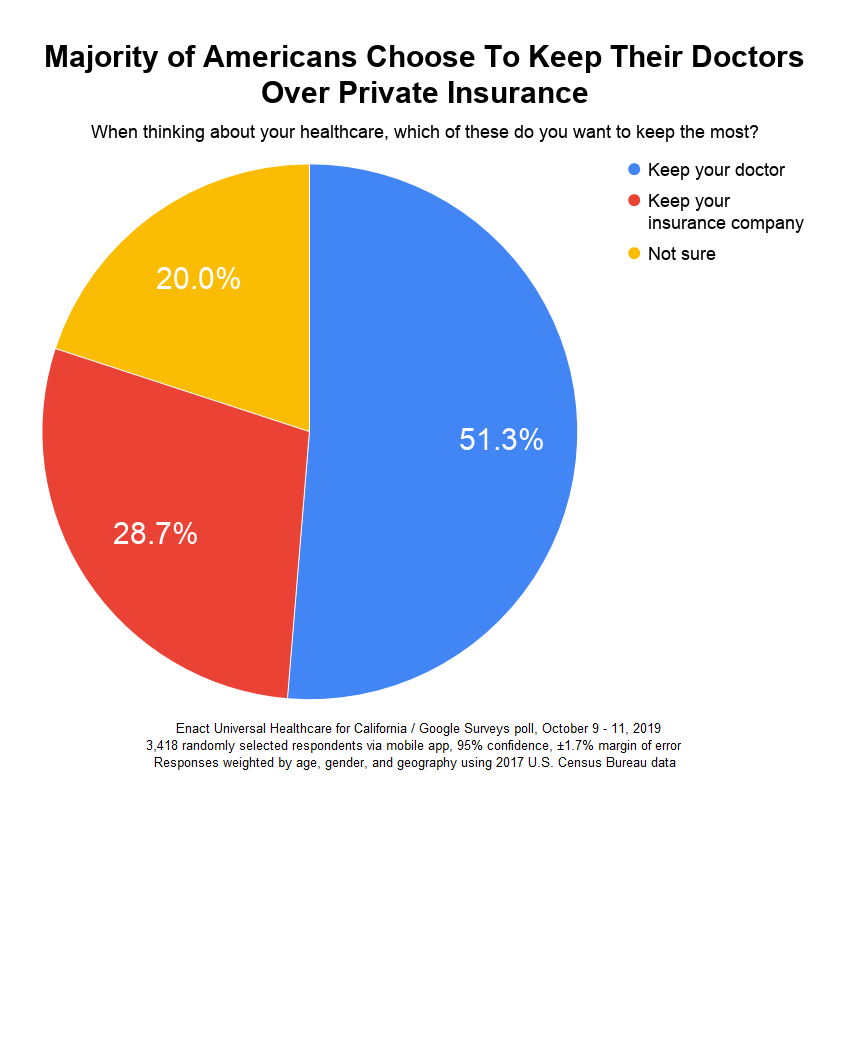 In a recent EUHC4CA/Google Surveys poll, a majority of Americans favored keeping their doctors versus keeping their insurance companies by a 22 point margin.
SUNNYVALE, Calif. - Rezul -- By an overwhelming 22 point margin, 51 percent of Americans said they prefer to keep their doctor compared to just 29 percent who would keep their insurance company.

This follows on the heels of a September EUHC4CA/Google Surveys poll showing 53 percent of Americans supporting a Single Payer, Medicare for All system even if it meant increasing taxes and eliminating private insurance for everyone.

"This is the last piece of the puzzle. Senators Sanders and Warren are right: Americans don't want insurance companies. And they don't care about taxes. They want healthcare, and they want it now," said Dale Fountain, Chairperson/CEO of Enact Universal Healthcare for California.

More on Rezul News
"Americans are going bankrupt as they're ground in the gears of medical greed and corruption. Of course they hate insurance companies. Do our elected officials really want to wait to see their constituents have nothing left to lose? That's how revolutions start," said Vice Chairperson Michael Saucedo.

Enact Universal Healthcare for California is the largest Single Payer organization in California and arguably the USA with over 122,000 supporters in California alone. Join EUHC4CA's page on Facebook for the latest news and research.