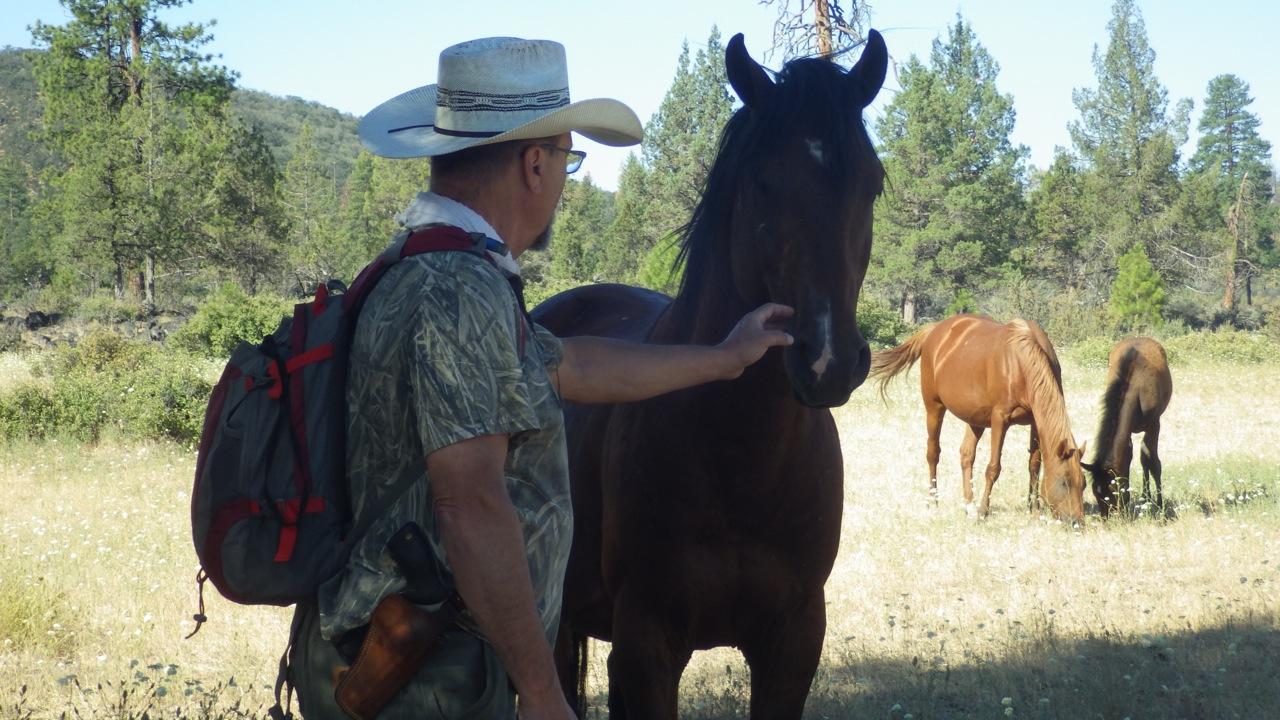 YREKA, Calif. - Rezul -- In a certified letter delivered to Return To Freedom, Inc. ('RTF') and it's board of directors on September 16, 2019, key wild horse and burro advocates demanded that Return To Freedom, a 501-C-3 non-profit, immediately withdraw its support of the so-called proposal titled; 'The Path Forward For Management Of BLM's Wild Horses & Burros' ('Proposal') [1].

On August 28th 2019, naturalist William E. Simpson II had a phone call with the Executive Director of the Public Lands Council, Mr. Ethan Lane. In that telephone call, Mr. Lane alluded to Mr. Simpson that via RTF's support of the Proposal, he arguably had the needed majority of all wild horse and burro advocates to support the Proposal's acceptance by Congress. This is tantamount to an admission that, without the support of Return To Freedom, the livestock industry's surrogates (BLM, HSUS, ASPCA, AMF, etc.) would have to go back to the drawing board.

A majority of wild horse advocates and organizations, including Friends of Animals ('FOA') feel that the current Proposal as written is seriously flawed and would likely lead to the final extinction of native species American wild horses and burros in America. This Proposal is particularly troubling given there is a superior alternative plan for managing wild horses and burros called 'Wild Horse Fire Brigade', which offers savings to taxpayers using an ecologically sound method for rewilding BLM and USFS wild horses and burros [2].

There is more than enough existing and new science, as well as decades of empirical experience, that argues compellingly against the flawed precepts upon which the Proposal RTF supports is built.

The current Proposal posits are premised upon known misinformation, including those found in four key precepts of the Proposal, each followed by a brief counterpoint made by experts who oppose the current Proposal:

Counterpoint: This has been done unsuccessfully for decades and is by all accounts a draconian methodology only made necessary due to the large-scale decimation of the evolutionary predators of wild horses and burros, namely, mountain lions, bears, wolves and coyotes.

More on Rezul News
Proposal: Treat gathered horses and burros with population growth suppression tools prior to being returned to the range. Reversible methods must be administered to an appropriate percentage of mares (generally close to 90%) to control populations, with some flexibility depending on modeling of range and herd parameters."

Counterpoint: The latest science proves that the use of chemical contraceptives in equids leads to the breakdown of critical social structures in family bands of wild horses as well as resulting in varied degrees of sterilization and erosion of genetic viability.

Proposal: Relocate horses and burros in holding facilities, and those taken off the range, to large cost-effective humane pasture facilities funded through public-private partnerships."

Counterpoint: Here again, this has been an ongoing expensive failure that will continue to burden taxpayers.

Proposal: Promote adoptions in order to help reduce captive populations and costs. The BLM is currently spending $2,250 ($3,250 with incentive) per adopted horse to promote adoptions that ultimately provide considerable cost savings to the agency. Investing in the adoption process for each horse will reduce or eliminate the estimated $46,000 per horse expenditure in off range holding over the course of their lifetime."

Counterpoint: Another paradigm that has proven relatively ineffective as evidenced by tens of thousands of wild horses and burros that nevertheless end up in off-range facilities at great ongoing cost to taxpayers. Even though a small percentage of native species American wild horses can be successfully gentled and thereby 'domesticated,' management of wildlife in this manner is costly and very limited in its scope and effect as any genuine solution.

Leading independent wild burro and horse advocates are of the opinion that if RTF rescinds support of the existing Proposal, it could then be amended to include what are arguably the minimal components to assure a future representation of free-roaming native species American wild horses and burros in carefully selected remote wilderness areas in America where the presence of a proper proportion of the evolved apex predators of equids will certainly control equid populations [3].

More on Rezul News
The 3 minimal components are:

1)     Current management practices amount to an egregious misuse of the WHBA. Not only must helicopter roundups come to an immediate end, BLM and the USFS must provide greater protections to wild equids in existing HMAs by reevaluating HMA boundaries and AMLs, giving priority to wild equids over any human use of these public lands. These agencies also currently ignore any benefit wild equids have on the lands they currently occupy, including the potential to lower the risk of wildfire in the grasslands occupied by wild equids. Congress must ensure that wild equids and their benefits are given more weight in establishing HMA boundaries and AMLs.

2)     All wild equids that are rounded up after considerations in no. 1 will be transported, families intact, unmolested (no treatments with any chemicals or castration of stallions) into carefully selected and appropriately remote wilderness areas. Where possible, such equids can also be used to establish larger AMLs on existing HMAs (or expanded HMAs) where such populations would benefit the grassland habitats.

3)     A percentage (TBD) of 10-year old (and younger) wild horses and burros held in off range captivity will be rewilded into carefully selected and appropriately remote wilderness areas.

The following *advocates were signatories on the letter to RTF.

*Speak Up For Horses