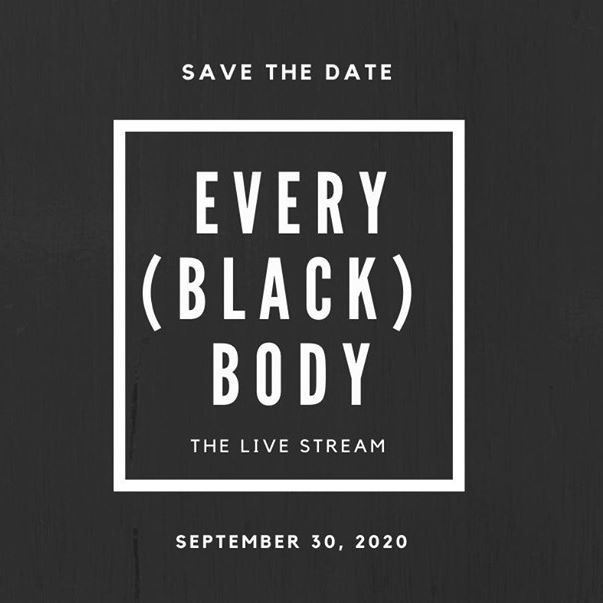 New National Effort of Over 30 Groups Unite With the Goal to Mobilize Health and Uplift the Quality of Life for Black People
BOSTON - Rezul -- Today, United We Rise (UWR) launches nationally with the goal to unite and mobilize a collective force to end the HIV epidemic and uplift the quality of life for Black people. This new national effort is a pioneering collaboration of over 30 groups brought together by three organizations–National Black Gay Men's Advocacy Coalition (NBGMAC), National Black Women's HIV/AIDS Network (the Network), and the Multicultural AIDS Coalition (MAC). Together, these groups and their UWR partner organizations are working to build a Black-led, intersectional initiative that ends HIV, while fighting for a just response to COVID-19. The work of UWR is also grounded in the dismantling of racism that permeates Black life.

"United We Rise centers HIV in its work, but the initiative wholeheartedly embraces a new level of collaboration with a wide range of health equity, racial, and social justice movements," states Gary Daffin, speaking on behalf of the three convening organizations. "Ultimately, we envision United We Rise as a new approach to releasing HIV's grip."

According to the Centers for Disease Control & Prevention (CDC), Black/African Americans account for a higher proportion of HIV diagnoses and people with HIV, compared to other races/ethnicities. While only 13% of the nation's population, Black/African Americans are 42% of all new cases annually. Despite the success of treatment that helps people live longer with HIV, the effort to stop new HIV acquisition in the U.S. has been stuck for a decade.

More on Rezul News
"Gilead is pleased to support United We Rise, which aims to address and eliminate health inequities, especially HIV related inequities in the Black Community. We believe this is a critical time to continue to support community efforts that are working to improve the health and wellness of the Black Community," states Douglas Brooks, Executive Director of Public Affairs for Gilead Sciences. "We at Gilead would also like to express our profound gratitude to the indefatigable planning committee. Their commitment and dedication to the Black Community has been inspiring to observe. We look forward to the convening and its subsequent strategic outcomes."

The root causes of HIV's tremendous impact on Black people are the social and political determinants of health. These same factors influence other poor health outcomes for Black people such as diabetes, heart disease, obesity, cancer, maternal and child health. UWR is building a coalition to address health inequities by organizing its work within five key focus areas of 1) Black Leadership and Organizations, 2) Black Community Engagement, 3) Policy, 4) Intersectionality, and 5) Sexual & Gender Identity. In all, UWR represents the diversity of the Black community—from people living with HIV, their friends and family members, to healthcare providers, activists, researchers, faith and spiritual leaders, public officials, and all who are dedicated to HIV and racial justice.

More on Rezul News
To mark the launch of UWR, today, the coalition is using social media to publicly announce its work and unveil its logo, as well as promote its mission. On September 30, UWR will kick-off its community engagement programs with Facebook and Instagram Live conversations led by Emil Wilbekin, Founder of Native Son, with leading voices in the HIV movement. Additional online community engagement programs will continue throughout the rest of the year leading up to UWR's national convening in December that will bring together stakeholders to discuss next steps for 2021 and the collective's overall strategic long-term plan.

Funding for UWR has been provided by Gilead Sciences at the Pioneer Level; ViiV Healthcare at the Champion Level; and Houston Health Department and Broadway Cares Equity Fight AIDS at the Empowerment Level.