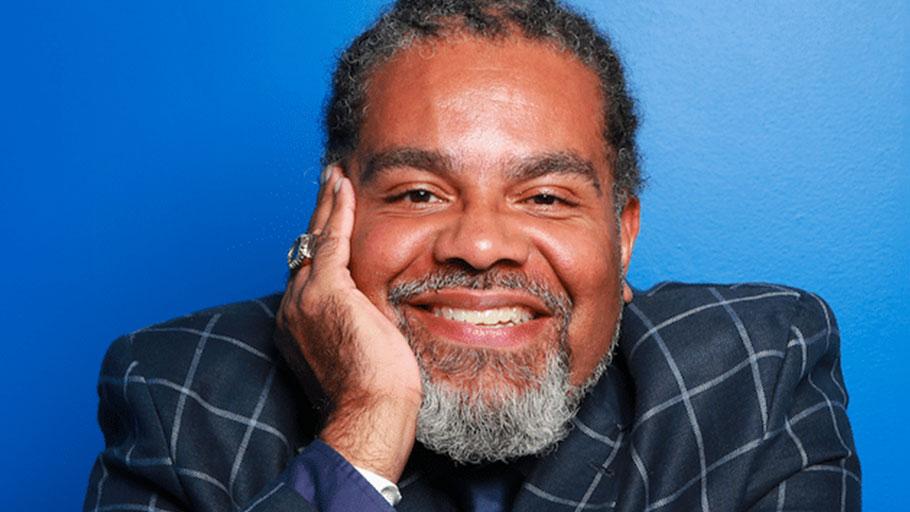 Rev. Thompson, who has spent nearly three decades on radio and as a TV commentator, says his new partnership with DNR and DCP is his own "declaration of independence."

"I was a free-agent and my friends at DNR and DCP called me and said to come on over to be free to do the show I need to do," says Rev. Thompson. He adds, "As election 2020 approaches, I want to make sure MIP remains the resource for listeners and voters it has always been."

Most of the 2020 Democratic candidates for President have already appeared on MIP to get their message out to Americans, including a new interview with Mayor Pete Buttigieg where he discusses the police shooting investigation in his city of South Bend, Indiana; his Frederick Douglass and Walker-Lewis Plans; being called the 'gay Obama'; and how "Black women are bearing the burden of the inequities in our justice system."

Beginning today, Thompson's daily "Make It Plain with Rev. Mark Thompson" LIVE show will air exclusively every weekday from 7 a.m. to 9 a.m. EST on dnrstudios.com/makeitplain.
Subscribers can hear Make It Plain virtually anywhere they play music or podcasts and subscribing is easy. Shows will also be available On Demand immediately following that day's broadcast. Listeners can choose a Make It Plain subscription for just $6.95/month or more than 120 hours of programming with the DNR Plus multi show subscription that includes "Make It Plain" and other daily and weekly shows in the DNR Studios network for just $12.95/month. Both options are available now at DNRStudios.com/MakeItPlain. For more information, visit DNRStudios.com/faq

More on Rezul News
Beginning July 19th, "The Make it Plain with Rev. Mark Thompson" PODCAST will be available as a free series on Acast, Apple Podcasts, Google Podcasts, Spotify and everywhere else podcasts are found. There will be new episodes every Tuesday and Friday.

Chris Colbert, CEO of DCP Entertainment, said, "Mark has always been at the forefront of fighting for change – and now, we're excited to be part of his move into podcasting, which allows him to reach an even larger audience."

Romaine Patterson, co-founder of DNR Studios, says, "Derek and I are thrilled to welcome our friend and fellow broadcaster Rev. Mark Thompson to DNR Studios. We created DNR Studios to provide a platform for dynamic and unique voices to engage with their audiences in powerful and meaningful ways and there isn't anyone who fits the bill better than Mark."

The Rev. Mark A. Thompson has spent most of his life as a political, civil rights & human rights activist and organizer. He not only has been a part of every major social justice movement & event over the past 35 years, including the dedication of the MLK Memorial, President Barack Obama's State of the Union addresses, and Occupy Wall Street. Rev. Thompson was the first and only African American talk host on SiriusXM Progress, and he was the only African American in the U.S. hosting a daily, national show on a progressive/liberal talk format. Rev. Thompson, who grew up in Washington, DC., has been honored by the NAACP for his "crusading journalism and outstanding leadership in furthering the work of civil and human rights." He has been organizer and advisor for Rev. Jesse Jackson's and Rev. Al Sharpton's presidential campaigns. He is a Life Member of the NAACP, the National Action Network, the National Congress of Black Women and the National Organization of Women. Rev. Thompson is also a frequent guest in pulpits around the nation and on numerous television networks.

DNR Studios (https://www.dnrstudios.com/) was started by pioneering radio duo Derek Hartley and Romaine Patterson who have worked in broadcast media for nearly sixteen years. Over the years, they have raised more than $250,000 for various charities encouraging sexual and gender equality, the fight against HIV/AIDS and support for homeless and at-risk youth. Since launching in 2016, DNR Studios has also become home to nearly a dozen radio shows and podcasts, including Make It Plain with Rev. Mark Thompson, Laura Heywood Interviews, the Taylor Strecker show, Naughty But Nice with Rob Shuter and AnxieTea Radio with Donny and Zara. DNR Studios is committed to creating a welcoming and inclusive environment that fosters talent and delivers high quality entertainment.