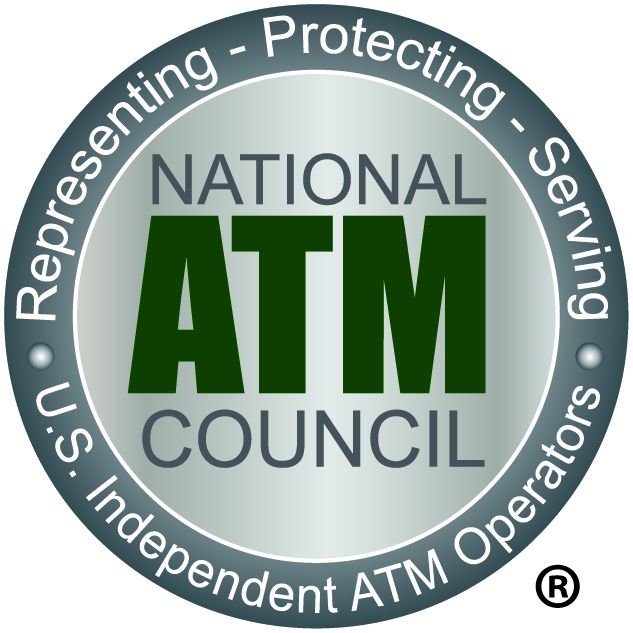 Proposed OCC Rule states banks should provide fair and reasonable access to banking services for all lawful businesses.
JACKSONVILLE, Fla. - Rezul -- The National ATM Council, Inc. (NAC) today welcomed the release by the Office of the Comptroller of the Currency of a proposed rule that, according to the agency, "would codify more than a decade of OCC guidance stating that banks should provide access to services . . . based on the risk assessment of individual customers, rather than broad-based decisions affecting whole categories or classes of customers."

Bruce W. Renard, Executive Director of NAC, the U.S. trade association representing the independent owners, operators and suppliers of the nation's approximately 278,000 entrepreneur-owned ATMs, said, "Since 2013, independent ATM providers have encountered repeated roadblocks in maintaining reasonable access to the banking system, as growing numbers of our nation's banks have closed the accounts of thousands of ATM businesses and refused to open new accounts, without providing any valid or rational basis for such actions.  It has become all too clear that the largest national banks and a growing number of mid-sized and smaller banks have shunned our entire industry sector."

According to Renard, numerous NAC members have been told by their bankers that these account closures and denials are in response to pressure and criticism from bank examiners, often with suggestions that "cash-intensive" businesses, such as ATM providers, could be involved in money-laundering or other illegal activities, possibly putting their banks at risk.

Renard also said that NAC and its members have corresponded, and met on numerous occasions, with senior officials of the OCC, as well as the Federal Deposit Insurance Corporation and the Financial Crimes Enforcement Network—a part of the Department of the Treasury—and with numerous members and staff of the U.S. Congress, in efforts to find ways to overcome the crisis that the independent ATM industry is experiencing as a result of widespread denials of bank accounts to ATM deployers.

More on Rezul News
The OCC's notice of proposed rulemaking specifically refers to independent ATM providers as among those being injured by the current banking practices sought to be curbed by the proposed rule.  According to the OCC notice:  "Independent, nonbank automated teller machine operators that provide access to cash settlement and other operational accounts, particularly in low-income communities and thinly-populated rural areas, have been affected" by the unfair and unreasonable denials of banking services to this sector, citing a November 11, 2020, letter addressed to senior officials of the OCC, the Federal Reserve, and the FDIC, and signed by U.S. Representative John Rose (R-TN) and a bipartisan group of senior House members, including Reps. Blaine Luetkemeyer (R-MO), Carolyn Maloney (D-NY), and Donald Payne (D-NJ).

"Nearly 60 percent of America's approximately 470,000 ATMs are independently owned," Renard added. "The one thing every ATM owner must have to stay in business is regular and reliable access to a bank account.  If you are an ATM provider and cannot obtain or keep a bank account, you're out of business.  Yet, numerous companies and individuals in our industry across the country are continuing to have their bank accounts closed and new accounts denied, without any reason whatsoever, or simply because the business is an independent ATM company."

"NAC applauds the present OCC action, which has been a long time in coming," Renard said.  "The proposed rule is an extremely important and very necessary first step toward the relief urgently needed by our industry, and by the hundreds of thousands of businesses and millions of consumers, throughout America, whose needs for convenient cash are served daily by independent ATMs.  This year, these ATMs have provided a vital service to the nation in helping efficiently and cost-effectively distribute COVID recovery and unemployment funds to many millions of Americans, and the industry stands ready to continue in this essential role in the days ahead."  In this regard, Renard noted that ATM services have been designated as 'essential services' by the Cybersecurity & Infrastructure Security Agency of the Department of Homeland Security, further emphasizing the importance of ensuring those who provide such services have full and fair access to the US banking system for their businesses.

More on Rezul News
As part of its efforts to obtain reliable banking access for independent ATM providers, NAC has also urged the bank regulatory agencies to take prompt action to update and correct the current Examination Manual published by the Federal Financial Institutions Examination Council, an interagency group having representatives from all the federal financial regulators.  NAC maintains that the Examination Manual, as it relates to independent ATM businesses, is outdated and inaccurate, and likely has contributed to much of the misunderstanding and misperception of risk wrongly attributed to the accounts of independent ATM businesses.

"NAC has provided to the regulatory agencies, and has met and discussed with them, suggested revisions that we believe are essential to be made to the Examination Manual as it relates to our industry," Renard stated.  "We hope adoption of these revisions will occur promptly and, along with the proposed OCC rulemaking proceeding, will help achieve the objective of ensuring that the nation's banks provide fair and reasonable access to banking services for all lawful businesses, including those independent ATM companies providing essential access to cash and financial services nationwide."