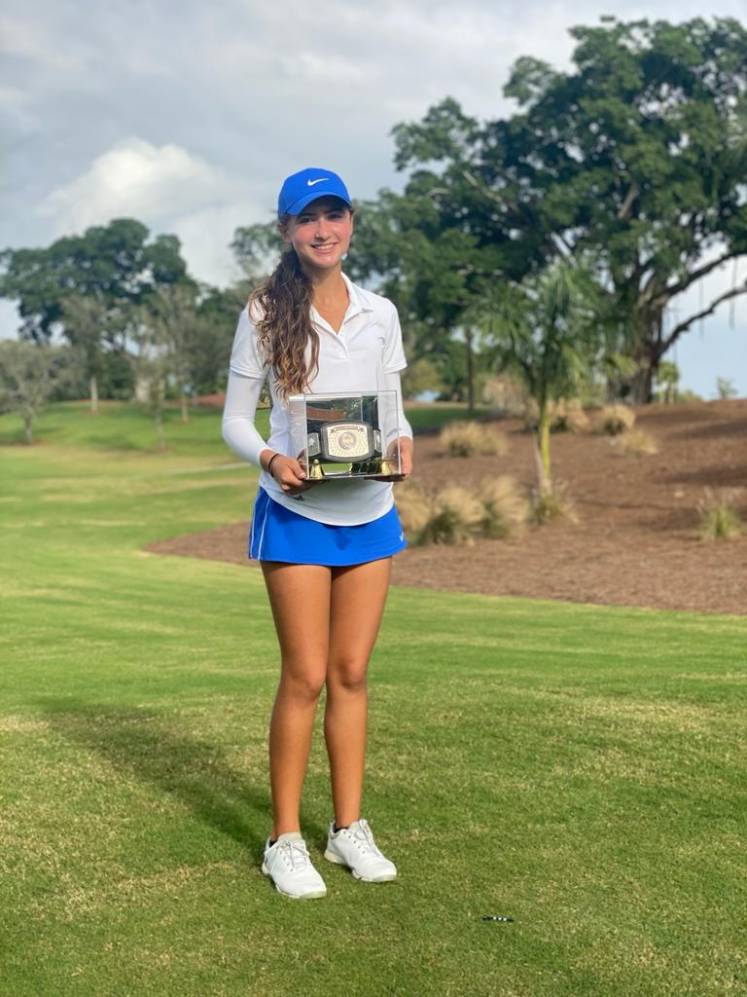 When she learned she was named the 2021 South Florida PGA Jr. Tour Player of the Year, Gabriella said, "There is no one emotion to describe what I felt when hearing my name as Player of the Year. I felt both happy and relieved. It was a great feeling to see that my years of hard work were paying off."

More on Rezul News
Gabriella's career began when she was five years old when her father took her to the driving range. She remembers, "I enjoyed it so much that my dad enrolled me in the Sunday Junior clinics at Mizner Country Club where we live. After a few months, I told my parents I didn't want to play games anymore; I wanted to learn how to play on the course."  And learn to play she has. In fact, on any given day she can be found on the driving range or course working hard on her game.

This past high school golf season, Gabriella played a significant role in helping her school's golf team, finishing in 4th place in the Florida High School Athletic Association (FHSAA) State Championships, firing a 69 (3-under par) in her final round, and with a stroke average of 75.

Mizner's Director of Golf, Dennis Rye, PGA, who has watched Gabriella's skills grow, said, "I have witnessed Gabriella from her early beginnings to where she is today.  She has blossomed into an extremely strong competitor over the last couple of years by dedicating herself to becoming better with each tournament. Over the last two years, she has really turned the corner and gained tremendous strides in her ability to play tournament golf and perform under pressure. She has learned what it takes to win. It is nice to see that her consistent tournament play has been rewarded.  It is a tremendous accomplishment by one of our very own and is so deserving."

More on Rezul News
Gabriella attributes much of her success to her parents, Dr. Greg and Laina Albert, who have supported her and been with her every step of the way.  "They are the people that I respect most in this world. I look up to them tremendously.  They are the most honest and hardworking people I know."

Mizner Country Club is one of Delray's premier country club communities and is home to a new championship 18-hole golf course. Mizner Country Club achieved Platinum status by the Platinum Club of America and is recognized as a Distinguished Club of the World.