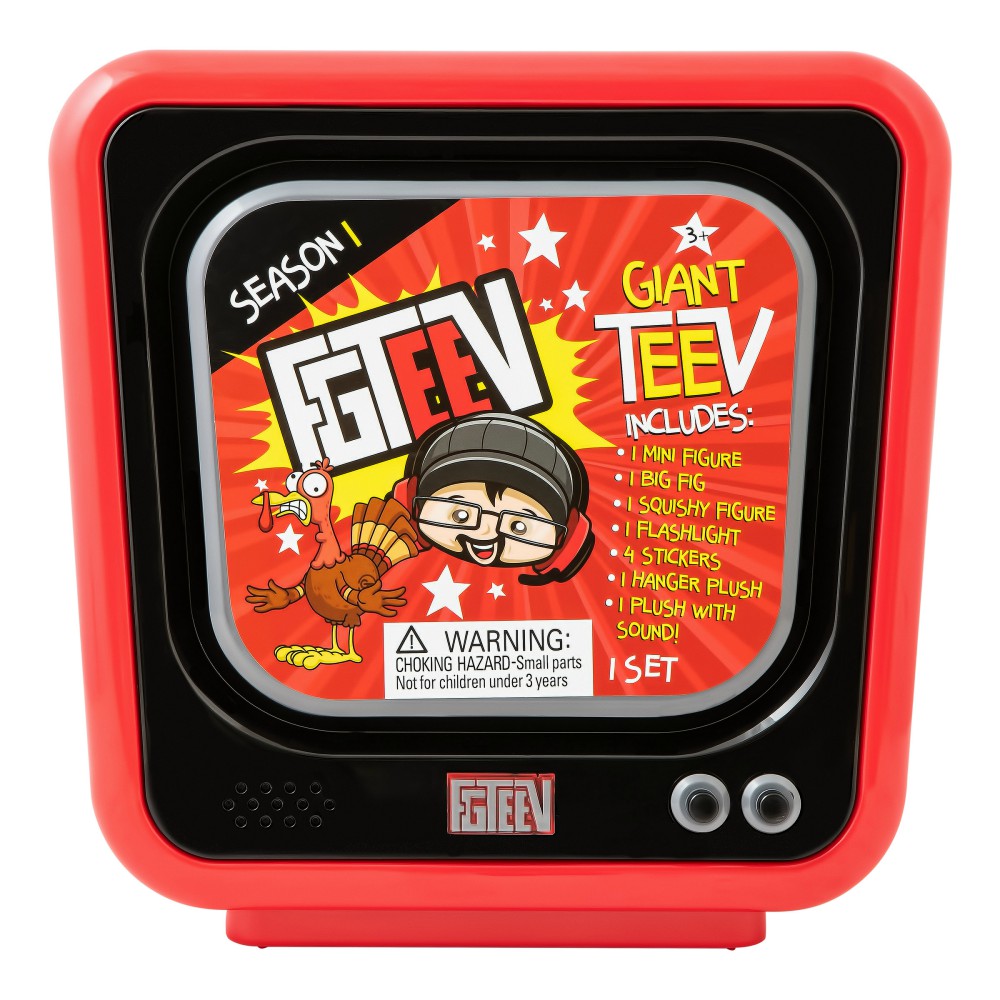 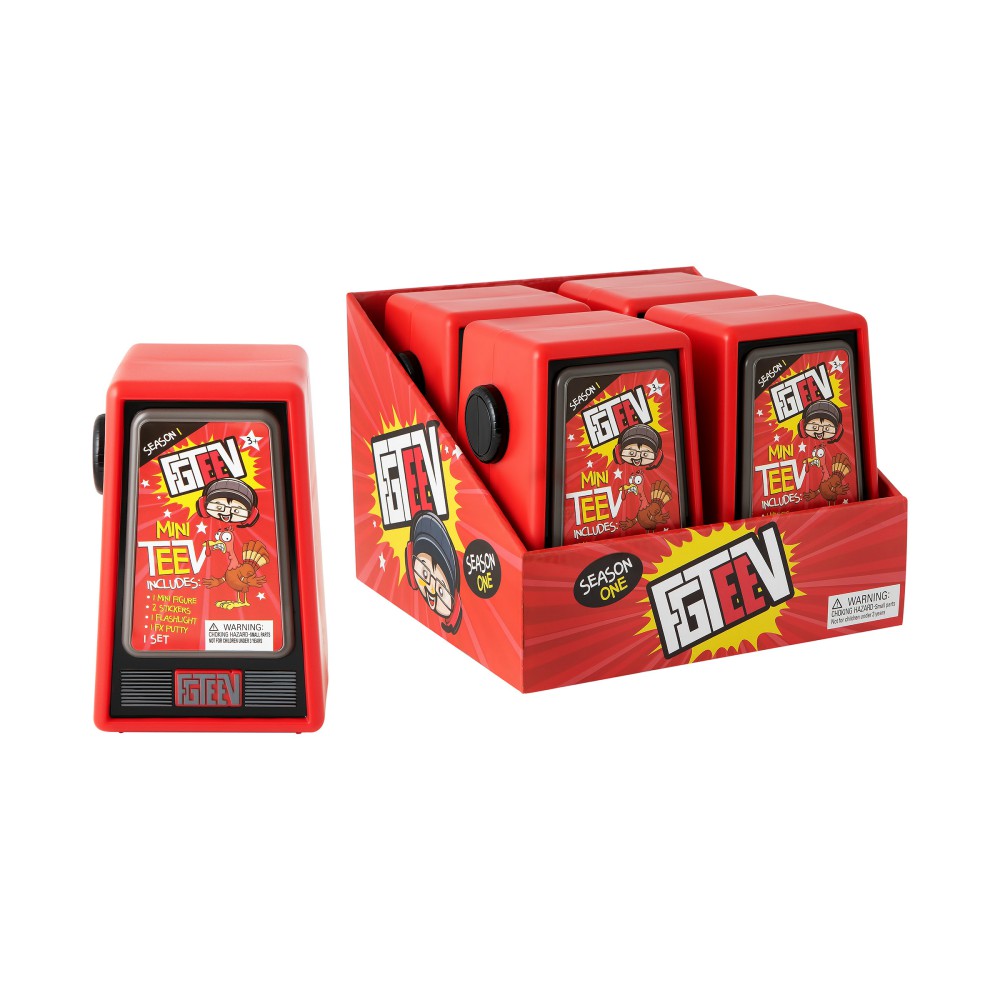 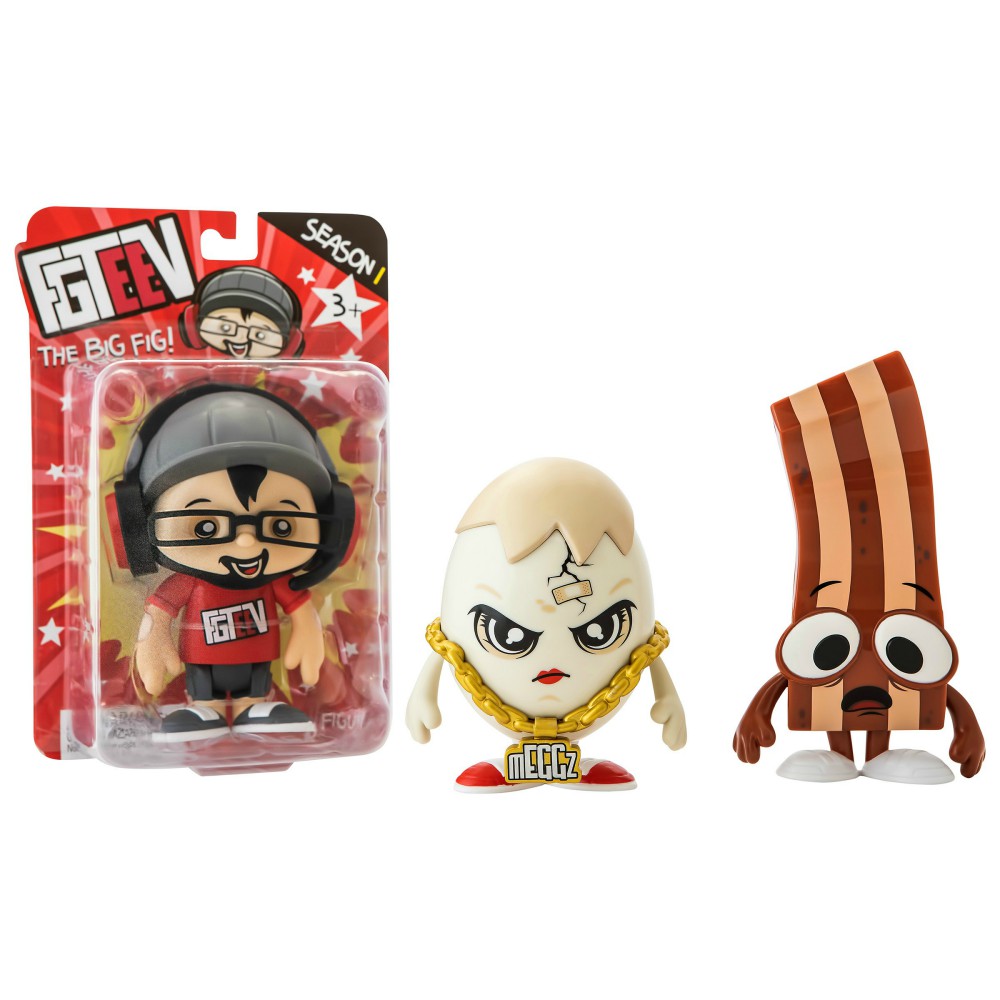 FGTeeV's massive fan base is ready for a FUNnel fall with their favorite YouTube family's toy launch from Bonkers Toys
SAN DIEGO - Rezul -- YouTube has mega stars on its hands with the FGTeeV family. With over 17+ billion video views on their channels, the FGTeeV universe is expanding even further with the premier of their first highly collectible toy line. The FGTeeV collectible toys from Bonkers Toys are hitting shelves this week at Target and Walmart stores along with their online counterparts, Target.com, Walmart.com, and soon, Amazon.com. The toy line is based on the FGTeeV family including Duddy, Moomy, the kids, and their cast of animated characters including FUNnel Boy, Derpy Bacon, mEGGz, Postal Jenkins, and many others featured in their animated series. FGTeeV is known for their entertaining and humor-filled YouTube videos, including gaming, skits, sketches, original music videos, and cartoon animations.

"We are thrilled to offer our fans the opportunity to collect the ultimate FGTeeV toy line to further their experience with us and create their own exciting adventures at home," says the FGTeeV family. "The team at Bonkers Toys has taken our vision and turned it into an authentic line of fun toys fans are going to love."

More on Rezul News
The FGTeeV toy line will include collectible figures, squishies, plush, a Mini Mystery TeeV, and the flagship item, the Giant Mystery TeeV, an unboxing experience created for the ultimate fans.

"Partnering with FGTeeV has been an amazing adventure for us, as they have taken creativity to the next level," says Bonkers Toys President & CEO, Brian Bonnett. "Their vision and dedication to their brand and connecting to the fans through unique, engaging content is second to none, and it is reflected in the super-cool toys we have jointly developed."

Bonkers Toys made its mark in the toy industry with the launch of the slither.io toy line. The slither.io game has been played over 40 billion times with a built-in massive fan base for the collectible toys. 2018 brought the launch of the  Ryan's World's toy line in partnership with the #1 YouTuber in the world, Ryan Toys Review. The flagship toy in the Ryan's World line, the Giant Mystery Egg, has won numerous awards and been featured on the TODAY Show, GMA, Parents, NBC Nightly News, and the Wendy Williams Show. This year, Bonkers continues to shine in the influencer arena with the launch of the FGTeeV toys based on one of YouTube's most popular gaming and family-friendly entertainment channels. For more information visit BonkersToys.com.

More on Rezul News
About FGTeeV

FGTeeV, the Family Gaming Team, is the premiere YouTube channel for family gamers. The hyperactive crew invites you to dive into their world of gaming, sketch comedy, and toy unboxing. Their channels, FGTeeV, FV Family, Doh Much Fun, and FUNnel Boy & Friends, garner billions of views each year.

For FGTeeV images and the Bonkers Toys press kit: