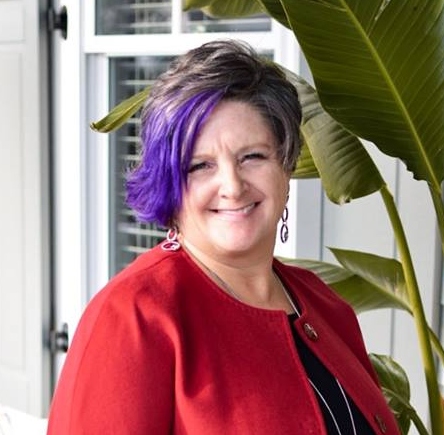 Toni Vanschoyck's philosophy builds on concept of putting your team first
CHARLESTON, S.C. - Rezul -- Toni Vanschoyck doesn't like to sugarcoat anything in life — including her views on business.

The Senior Executive Director of Monat Global Premium Hair Care Products was motivated to pen her first book, "Effing Simple," released in March 2019, after she discovered a lack of contemporary resources to turn to for practical business advice that anyone could follow.

Originally intended as a guide for her own team, the common sense she shares includes practices that are applicable to nearly any business, and even parenting.

Along the way, readers will also find a bit of sarcasm and a few swear words — all part of Vanschoyck keeping it real and staying relatable to her audience. However, the book does ask some tough questions that she hopes will make people think and take action to reach their goals.

Vanschoyck says she would not have reached her own career aspirations without embracing the idea of servant leadership early on in her more than 20 years as a businesswoman.

More on Rezul News
"What makes a good leader is someone who is about their team, not themselves," she said. "The recipe for a good leader is PMS: power, money and self-accountability. And the power part is all about a leader having a skill set and knowledge and sharing it with others. The most powerful thing a person can do is lead by example."

Along with putting your team first, Vanschoyck says there are key elements every entrepreneur should never compromise on when building a business.

Keep your contact list up to date — treat it as you would any other living document that needs frequent updating — and make sure you get your product or service in front of those people.

"This list represents the people you'll start with in any business," she says.
Likewise, always have a regular rhythm of events going, and remember that follow-up is crucial to success. "You'll likely go through 5-7 exposures before you get to a 'yes,' " Vanschoyck says.

She also encourages people to avoid these two time-wasters: "scroll holing" (spending too much time online, scrolling through social media) and watching too much TV.

More on Rezul News
MORE ABOUT TONI VANSCHOYCK
A self-proclaimed "personal accountability professional," Toni Vanschoyck was raised in Detroit and currently resides in Charleston, S.C., with her children and husband, Jay Treloar.

Along with the couple's combined motivational speaking engagements, they earned a spot on Network Marketing Pro's Million Dollar Hall of Fame list in December 2018 and started a nonprofit organization, Low Country Love, to help individuals who have experienced tragedy, focusing mainly on domestic violence and trafficking in Charleston.

Vanschoyck joined Monat Global in 2014 as its first market partner when it was a start-up network marketing organization. She was the first in the organization to hit the million-dollar club and has since gone on to join the $4- and $5-million dollar club.

Today, she and Treloar cultivate multiple revenue streams, which have amassed them a seven-figure income.